What is the best anti-cold pill?

Prescription-free combination preparations for cold symptoms can be ordered in pharmacies. The mix of different active ingredients is often unnecessary, sometimes even poorly tolerated. These cold medicines really help. 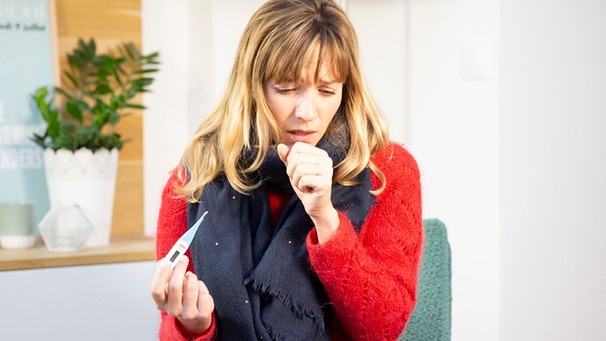 So-called combination preparations against cold symptoms contain various active ingredients that are supposed to combat fever, sore throat, cough and runny nose at the same time. According to drug experts, these are often not combined in a meaningful way. Another point of criticism: The large number of active ingredients also increases the risk of side effects.

In addition, patients often do not know whether their cold preparation already contains a pain reliever. Especially with the pain reliever paracetamol, if the patient also takes more paracetamol, an overdose can occur more quickly. 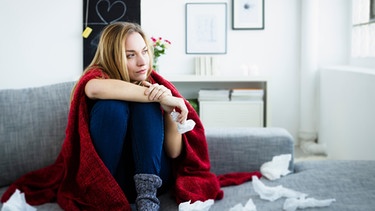 Cure all cold symptoms at once with just one tablet or juice: Combination preparations for cold symptoms are touted by drug manufacturers as all-rounders. The combination means Grippostad C, Aspirin Complex Granules or Wick MediNait cold syrup for the night but contain various active ingredients that do not make sense in their combination, writes the Stiftung Warentest in its guide "Medicines in the test" (as of 2017).

Grippostad C, for example, combines a pain reliever - paracetamol - with caffeine and a tired antihistamine - chlorphenamine - which is distributed through the blood and is also supposed to swell the nasal mucous membrane. In Aspirin Complex Granules is the pain reliever acetylsalicylic acid and pseudoephedrine, which is said to act on the nasal mucous membranes. According to the consumer organization, it would make more sense to take the painkillers separately, for example paracetamol or acetylsalicylic acid for pain and fever. And it is better to treat the runny nose for a short time with a decongestant nasal spray or nasal drops.

Get rid of a sore throat quickly 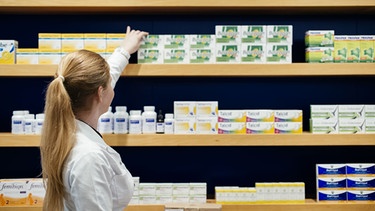 Similar picture with the throat tablets: the lozenges Dolo-Dobendan, Dorithricin or Lemocin For example, they also contain combinations of active ingredients that the experts at Stiftung Warentest classify as "not useful". Tip from consumer advocates: Lozenges with an active ingredient, either lidocaine or ambroxol, have a pain-relieving effect. And: "Basically, it helps to suckle a lot, preferably sugar-free candy."

Only one cold remedy is rated "good" by ÖKO-TEST

The consumer magazine ÖKO-TEST tested 15 such drugs in July 2017. Although nine of the drugs are basically effective against cold symptoms, only one preparation received the grade "good" - ASS + C-Ratiopharm against pain. The special thing about it: this medication is the only one that uses just one pain reliever and has only been fortified with vitamin C.

With the exception of one herbal medicine, the other medicines are made up of at least two chemical active ingredients. ÖKO-TEST classifies this as questionable in some cases. So contains the remedy Grippal + C from Ratiopharm the pain reliever paracetamol and the aspirin active ingredient acetylsalicylic acid. A combination that experts believe is more likely to cause drug-related headaches than other pain relievers. 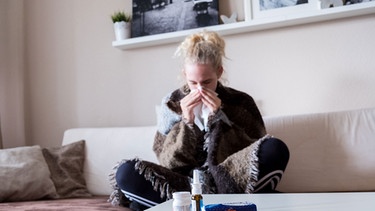 Salt water spray or decongestant nasal drops help against a cold. But you should only use it briefly.

Caution is required, especially with the active ingredient paracetamol. Namely when the consumer is not aware that the combination preparation contains this active ingredient. If he now swallows an additional paracetamol, for example to relieve his headache, an overdose and poisoning can occur. An overdose of the active ingredient can seriously damage the liver or even lead to liver failure. 150 mg paracetamol per kilogram of body weight within 24 hours is the limit value for healthy adults without previous illnesses at the poison control centers. Paracetamol poisoning must be treated immediately in the hospital.

The addition of vitamin C, which many cold remedies advertise, is said to have "no benefits in case of a cold" according to the 2018 ÖKO-TEST yearbook. The addition of coloring agents, which the consumer magazine has proven in two medicines, is "superfluous".

What helps with a cold

A cold is usually harmless and can be cured within a week with rest and sleep. Home remedies such as hot milk with honey or steam inhalation with chamomile tea can have a soothing effect. ÖKO-TEST also advises: "If a cold has to be medication, then it is to relieve specific complaints such as pain or a blocked nose."