Why should you use Youtube at all? advantages and disadvantages 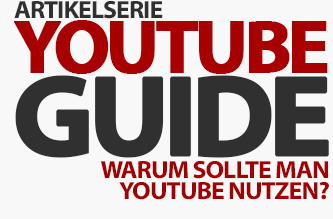 Before I get to my tips and instructions about YouTube, the first question is why you should use YouTube at all.

You can find out more about this below.

>>> This article is part of my YouTube article series. 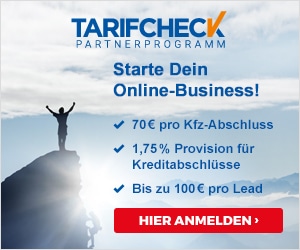 The possibilities of Youtube are certainly tempting. Again and again you hear from YouTube millionaires and videos that can boast huge numbers of views. Many seem to expect that one could get rich and boast overnight. But of course this is not the case in the vast majority of cases.

Instead, YouTube also means a lot of work and perseverance to achieve success there. There are also other disadvantages that you should definitely be aware of. But first to the advantages.

Let's start with the advantages and there is the size of YouTube in particular. According to the company, there are more than 1 billion users worldwide. YouTube is available in 76 languages ​​and around 95% of all Internet users are reached with it.

Unfortunately there are no concrete user numbers for Germany, but the estimates are between 4 and 8 million active users. These are those who, for example, create and upload videos themselves.

In total, there should be up to 35 million German users who at least occasionally watch videos there. This puts YouTube almost on a par with Facebook.

Of all Google services, YouTube is at the top. Even Google search isn't as popular as the video platform, as you can see from the following survey chart:

Especially with younger users, YouTube is one of the favorite Internet offerings. It's not as popular as Snapchat and Co., but for around two thirds YouTube is at the fore:

These numbers show very well how great the potential of YouTube is. It is no longer just a trend or the playground for certain users. Instead, YouTube, like Facebook, has also become a mass phenomenon in Germany.

Large sections of the population can be reached via YouTube, and almost every topic is dealt with or viewed there. This of course also makes it interesting for the self-employed and companies.

Even if YouTube is one of the major social media platforms, it is also the second most important search engine in the western world. Many users now simply search YouTube for the things that interest them. This means that you can no longer reach all users through Google alone.

However, in order to rank ahead in YouTube for the desired search terms, you also have to take SEO measures. The competition on YouTube is great.

As a bonus, YouTube videos appear in the normal Google search, which offers another opportunity to reach your own target group.

Despite the rosy numbers and the large reach, YouTube is still neglected by many companies and self-employed.

There are many reasons for this. For example, it is often assumed that your own target group cannot be found on YouTube. That may be the case in some cases, but as you could see from the data above, the reach of YouTube is far greater today than it was a few years ago.

In addition, the great effort involved in creating videos is cited as a reason to avoid this marketing channel. There is something to it, because it is difficult for rigid marketing departments of companies to create professional and interesting videos. But that also means that, especially as a self-employed person, you have good opportunities here to hit the nerve of the target group with honest and PR-free videos.

But even if you don't get rich, you can make good money on YouTube, which will take time and work. Today's successful YouTubers have been around for several years and have made a name for themselves in a niche for a long time.

I've put together a few examples of realistic YouTube earnings to show what's possible and what might be false expectations.

I don't want to demotivate you because it is still possible to be successful on YouTube today. As with websites and blogs, this usually doesn't happen overnight. But that also has an important advantage. If you really stick with it and show perseverance during the day, you can achieve something.

How much do you earn on YouTube per month on average?

Not ideal for everything

In addition to all the positive aspects and advantages of YouTube, it must also be said that YouTube is not always ideal or has disadvantages.

In this way you can reach a lot of people, but not all. In 2015, especially the 18-29 year olds were on YouTube (there will probably be even more among the younger ones). Of those over 50, however, it was only 8% (source: absatzwirtschaft.de). So you should look carefully who your own target group is and whether YouTube is worthwhile for this.

I can see that on my own websites too, but that's not tragic. You should see YouTube as a second important pillar to reach your own target group, but not as a traffic generator for your own website. Whereby you have to say that it naturally depends on the individual case. Anyone who promotes special bargains or the like on YouTube, for example, will surely get a lot more clicks on the links to the bargain items on their own website.

What is often underestimated is the large public on YouTube. Anyone who is active there has to put on a thick skin, at least in many subject areas. Unfortunately, the discussion culture of many users is not exactly the best. One should also be aware of this.

The effort involved in creating a video should also not be underestimated. I have created around 100 videos myself and slowly a certain workflow is developing that reduces the effort a little. However, overall it takes longer to produce a good, professionally made video than to write an article or record a podcast.

A lot of steps are necessary from planning, through technical implementation, to post-processing and publication. It is also much more difficult to fix errors in a video afterwards than in an article or a podcast.

You should therefore be aware of the technical challenges and the time required. What definitely helps is regularity. If you only create a video every few weeks, you will need significantly more time each time than if you do it several times a week. Here, too, routine and know-how help to achieve good results faster.

Certainly not. YouTube is not a sure-fire success, even if Google's video platform has a lot of potential.

You should think carefully beforehand about which goals you want to achieve and which target group is the focus. If YouTube is suitable, it is important to gain experience and develop workflows in order to keep the effort for video creation as low as possible and to maximize the quality.

In addition, marketing measures such as video SEO or other social networks are added to ensure that your own videos get the greatest possible attention.

That's exactly what I'll show you in the next few parts of my YouTube series of articles.