How do I get members on COC 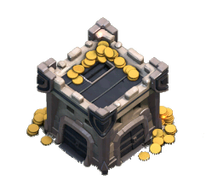 Here are a few tips on how to successfully build a clan. As many of you know, it is not easy, but with a little work it can be done.

At the beginning you should make sure that the clan name is appealing and does not consist of meaningless characters strung together. If the clan name is particularly funny or flashy, it will be easier to recruit new members. The clan should also have a reasonable description in which the rules are explained and which arouses curiosity. Don't set high minimum donations just yet, however.

There are two strategies: Either you increase the number of trophies you need right from the start, but this means that it will be difficult to find new members. However, later on you have less work to bring the full clan even higher. The second option is to take all the players, no matter how many trophies, and when the clan is full, kick the members who have the fewest trophies or those who don’t donate enough troops.

A good middle solution is 200-600 cups as a minimum, so you get weak players, but not total newcomers. The clan should also initially be open to everyone.

It gets easier with every member you win. You should always open a clan with a few friends who can also find new members. It's almost impossible on your own. Another trick is to create a clan with players from the global chat and then bring in your friends. So you already have the first foreign member.

The easiest way to recruit new members is in global chat. It is also important to come across as nice. This is the most important point, especially at the beginning, when you can't show off many members yet. The league also usually plays a bigger role than expected. If you try to get into the Crystal League (from Town Hall 8) or even in the Master League (from Town Hall 9), more players will be curious in the chat than if you are somewhere in bronze or silver.

If a player is looking for a clan in the chat, do not just answer with "come", but rather in full sentences, or at least mention the name of the player. The word "please" must of course not be missing, but it is bad to say "bbiiitttteee"! Phrases like "You are welcome ..." or "We welcome you" are good. It is of course also important to invite everyone who is "clanless" immediately.

You have to reckon with the fact that approx. 75% of your new members are jumpers, which means that they do not stay longer than 5 minutes. But give, even if you think that a new clan member is a jumper, at least barbarians or archers, because some players look like jumpers, but aren't. If you have brought five new members into the clan on one day and only two are left the next day, don't worry, even if only one new member joins the clan every day, the clan will eventually be full.

If you want to be successful in building a clan, you have to invest a lot of time, and your friends have to work hard too. You should look for members every day, because a clan that is not that good will steadily lose members who have found a better clan.

From around 20-30 members it becomes easier to find new members and the number of those who leave decreases. Nevertheless, one must not slacken, nothing has been won yet.

Ranks in the clan

A free runner-up is often used, but this is not a very good idea. Members can write nonsense in the description, send spam, kick new members and close the clan. It's best to first make your friends vice (if you trust them) and no other. Also, don't turn too many members into vice-leaders, otherwise everyone will want to become vice-leaders. A good choice is one, a maximum of 2 vice-leaders for every 8-10 members.

Remember that vice-leaders can do almost anything that you can, so be careful when you pass this position.

Free elder is better because they can only kick members. They can also invite members, which strengthens the clan. As long as your clan is still new and open to everyone, this is a good idea. It is also a good idea to assign elders after a certain number of donated troops (100 is a good amount). This rank is a great reward.

Jumpers are players who only stay in a clan for a short time and then leave again. However, not all jumpers are equally bad. There are generally 7 types of jumpers:

1. Troop stealers (in - demand - out): These players join and immediately ask for troops, usually good ones. As soon as their castle is full, however, they leave the clan and join the next one. Therefore, never give very good troops to players who have just joined, but do not donate rubbish either.

2. Visitors: Some players have friends in several clans, so they switch from clan to clan to visit everyone. This type of jumpers is welcome. Usually you usually start at some point

3. Dispenser (in - donate everything - out): Probably the very best kind of jumpers. They mostly want to move up in the level (or for the mission "friend in need") and therefore donate all inquiries. However, bad troops are sometimes donated there too

4. Clanz destroyer (in - ask for vice - all kick - out): Probably the worst type of jumpers. He asks about vice or even about the position of leader, has usually donated expensive troops beforehand or was nice in the chat. But if the one is promoted, as soon as the leader is offline, he will kick out all members and elders. This can be fatal for new clans, as only loyal members come back, in the worst case you can start all over again! Therefore, think twice about who you are going to make vice.

5. Chat spammers (in - spam chat): This player joins and spams the chat / insults other members. Such players must be kicked out of the clan immediately before evicting any players.

6. Clan recruiter (in - advertising - out): These players join, advertise another clan. These should also be kicked as quickly as possible, but usually leave before you can do this.

8. Scout (purely-scouting-info-passing): The scouts try to pass on strategic information to their clan in order to gain advantages in a clan war.

Once there are around 12-15 permanent members in the clan who are active and donate, the first war can be started. It is best to ask beforehand who wants to participate and only include those who have said "yes". It would be best if a few of your friends or members who have already gained experience should also join in. Give tips, explain the tactics and offer your help, e.g. B. with the following broadcast message: "Please attack your number with the first attack, try to get 3 stars elsewhere with the second attack. Remember to lure the castle out. If you have any questions, ask in the chat". This is how your members notice that you are there for them and want to help them.

If an attack goes wrong, don't write "What kind of crap" but z. B. "Good attempt, but lure the troops out first next time". Even after good attacks, praise members who do not attack should initially not be allowed to participate.

If the clan wins, it strengthens the cohesion, and a few won wars in the profile are more likely to attract new members. If you lose, don't throw everything away, analyze your mistakes and try to find out why, then it will definitely work next time.

The clan grows and grows

Once there are 20 permanent members in the clan, you can slowly start with minimum donations and minimum levels:

Reward active members who give a lot, attack well in war with the post of CÄ's. Also sort out players who only ask and give nothing, as well as inactive players, otherwise players think "I'll stay in anyway". The more members there are, the higher you can go with your requirements.

If the clan is permanently full, it is still not all over. Anyone who stops taking care of them when the clan has reached 50 members will be amazed at how quickly the first 20 are gone. But if you are ready, and you are relatively sure that not too many will leave, then you can start organizing a second clan, e.g. B. for members who do not want to be in the war or who are weaker. Also try to respond to requests and suggestions from your clan mates.