What are some great Power Metal bands 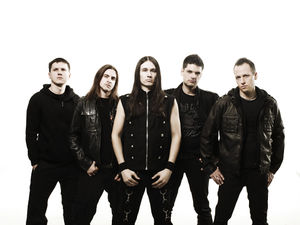 Juvaliant is a progressive power metal band from Salzburg.

The creativity of the Austrian band JUVALIANT can already be seen in the unusual band name. JUVALIANT is an artificial word, freely invented by the band, and yet there is more to this term than just the loose combination of letters. JUVALIANT is the combination of two words: On the one hand from the Latin "Juvavum" (Salzburg) and on the other hand from the English word "valiant" (heroic). And this is how the Austrian debut album “Inhuman Nature” sounds: profound, progressive, heavy, catchy and, for a long time, also bombastic. Stylistically, the band operates clearly in the premier class of the profession, in progressive and symphonic metal. To be able to establish oneself here deserves respect and great recognition. JUVALIANT have more than deserved this, because their debut album shines with great compositions that will blow the spoiled fan away right away.

When guitarist Robert Schönleitner and drummer Sebastian Lanser founded the band in 2003, they had only one goal in mind: to create progressive power metal and to write music that they themselves are enthusiastic about. Both are no longer freshmen in the Austrian scene, they use all contacts to set up a capable line-up. As with all new bands, starting difficulties are commonplace, i.e. musicians came and went until a stable line-up was established around 2006 with which the two founding fathers of the band were able to realize their musical dream. Until then, however, the musicians walked a rocky road to the finish line.

At that time the Salzburg troupe was still called FALLEN ANGEL and played live at every opportunity. So it was possible to open the Gathering in the city of Salzburg in the early development phase. But since there were musical innovations with every line-up change, it was concluded that the band name FALLEN ANGEL no longer stood up to the musical criteria and that several bands around the world were already peddling this name. The considerations to adopt a new name were in the room, but were discarded for the time being. When, as already mentioned, a solid line-up crystallized more and more in 2006 and the musical direction was determined, it was clear that the next step could only be an album of its own. Meanwhile, the band consisted of guitarist Robert Schönleitner and drummer Sebastian Lanser, singer Thomas Strübler and Saso Gacnik from Slovenia (keyboard) and Aleksandar Vesic (bass) from Croatia. They wrote new material and made concrete plans for a first album, which was realized in 2008.

In the Dreamsound Studios in Munich they recorded the debut album "Inhuman Nature" under the direction of Jan Vacik (Lanfear, Visions Of Atlantis, Serenity) and the decision was finally made to change the band name. JUVALIANT was born! With a finished album in their hands, the Salzburg troupe is looking for a suitable label. Meanwhile, the first copies of the album find their way into the press. The album received an outstanding review in the “whiz kid” section of the German “Heavy” magazine. You also get in contact with Limb Music and immediately agree on a long-term collaboration with the Hamburg label.