If you don't fall into the norm, you have many disadvantages, but also many advantages in life. It is the same for very small people as well as a beautiful model guy or people with particularly curly hair. You can read here why it's not always cool to be that big. But apart from my problems in my youth, I also had a few advantages with my 184 cm - because where there is shadow, there is also light. Did you know that when a tall girl is slim, she is generally asked if she happens to be modeling? And when it increases, people are more likely to ask, "Do you play basketball?" This realization and many more can be painful, but are always special. 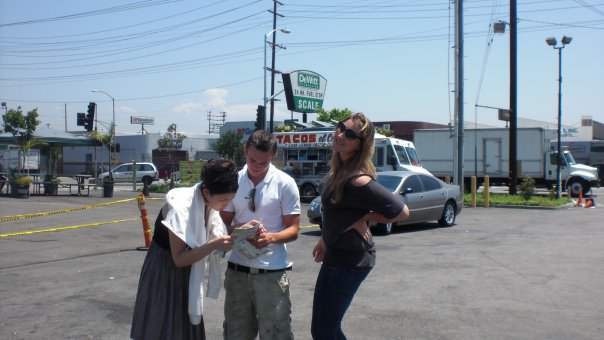 The first time I went to a disco was when I was 14 and I had no problem getting in, despite a nervous and childlike voice. That didn't change when I was 15 and actually until 18. Since I was already 180 cm tall at 14, a bouncer never had the feeling of asking me for ID or having to adhere to youth protection laws. Since I also have something like a typically Slavic appearance (source: My Papa), since I was around four years old, you have been looking in vain for soft and childlike features on my face. The bottom line is that I've never looked like a 14 to 18 year old in my life, and I've always been valued at a much older age.

At 17 I was a strong cash game poker player and in certain card casinos I didn't have to show my ID when paying out. I would not have won (and not lost) a lot of money if the protection of minors actually worked here. Who knows, maybe I would have become someone who can handle drugs and games of chance.

I know, hardly imaginable, but it actually bothered me: It is not blatant to be the only one in your circle of friends who always has to buy cigarettes and alcohol. The same goes for sex shops. It's also not that cool getting into a club if all of your friends aren't. How often have I been to the club when I was under 18, paid admission and then had to go out because my underage companion was turned away or their passport copy forgeries were exposed.

If you ask me for ID today, I'm as happy as a schnitzel and I feel extremely young-looking. I'm probably the only person who grins at police officers during ID checks - this positive attitude must have saved me a lot of trouble. I have also been valued at my real age since I was around 21, which of course also takes away a lot of ego pain. At 15, to hear that you look like 21 - at the latest when you meet the fourth stranger - not as cool as you might think. To hear at the age of 25 that you really look like 25 is not the best thing either, but at least it is.

When a man approaches an average-sized woman in a club, magical things can happen: Mainly because the woman cannot say exactly why she was approached. After all, there are some jaunty, blonde and similarly tall women present. If a man speaks to a woman who is over 180cm in the club, then this woman knows exactly why she was addressed: Because she corresponds to his tall type.

It even goes so far that I have a colleague who really doesn't look like me at all - except that she has blonde hair and is about 178 cm tall. All the men we talk about know each other. From the fifth guy on I just don't believe in coincidence anymore. And so it happens to me with some friends who are around 180 cm tall - either Vienna and Tinder are really tiny, or we mysteriously have the same taste for men (we don't).

A good way to weed out the guys who just stand on long legs: Get active yourself and address guys. Or calmly encouraging looks in the direction of the hot men who are smaller. Unfortunately, they often do not even come to a taller woman for fear of being rejected - only if you encourage them or take the initiative yourself. Which also works very well: sleep with them, occupy their world of thoughts with their own wonderful character and lean back. That was fun, it never works. Don't do it girls.

If you are 184 cm tall, then shopping in stores is no fun for the average 170 cm woman (i.e. all affordable stores). The size "S" for legwear didn't even fit me when I was ten. But if I’m going to buy something, it’s for going out. Problem: Dresses that look normal on girls look like shirts on me. Well, for a lot of my similarly tall women, it's a problem. In an emergency, I prefer to wear too little rather than too much - so this fact plays into my cards. Until I'm 40 and hopefully develop something like a sense of shame.

Shoes are a different topic: I avoided high heels for a long time. In my shoe size you won't find any nice shoes anyway - regardless of whether they have a heel or not. For a short time I also wore high heels to go out, but standing in a club measuring over 190 cm was too much for me. Not because I found it ugly, but because the point of the potential sexual partner was simply felt in an intensified and uncomfortable form.

So in the sense of "Oh God, it's getting perverted" form. It's like walking out in a latex outfit. You shouldn't be surprised if fetish people under the influence of alcohol become very clear very quickly because they feel invited by the outfit. But the body size is not a self-chosen latex dress. Breaking: Where you wouldn't like to see my legs everywhere and how much you like it when "such" women also wear high heels, no tall woman in the disco or anywhere else has interested. Today I only wear high heels in bed and only when I feel like them. It is easy on the joints anyway.

The home parties & other people

When you walk into a room as an above-average person, you automatically get the attention. I'm fine with it, I also enjoy it and force it through my vocal volume. But I also have great friends who hate this very fact. They hate it when they look at everyone and everyone wants to talk to them the same way. It's not easy as an introverted, tall person.

Among other things, because you are approached by all sorts of people at no matter which party. I have a friend who has very curly hair. She is attacked by strangers, petted and often with annoying questions like "Are they real ?!" bombed. I no longer count how often I have to get up in a bar so that a stranger can find out whether he's taller. How often do I have to answer the question of whether I play basketball, either. Speaking of bars: I don't know long waiting times for a drink or an order to the same extent that my smaller friends do.

Somehow it's also extremely understandable. The questioning people don't know that you had to answer this question one time or another that evening. But it's annoying when you are almost always reduced to size in the first small talk phase and have to answer more or less funny questions. It then feels as if nothing else about us is great, funny, or interesting enough, except for our genes, which we are not responsible for. Solidarity with people who have special superficialities - now!

Haha, no matter where I stand: I see everything.

Get the best of VICE emailed to you every week!

By subscribing to the VICE newsletter, you consent to receiving electronic communications from VICE, which may contain advertising or sponsored content.