Why is Dribbble only invited

Dribbble - there's more to it than just hype. Dribbble is a social network of creative web designers. You can only become a member through an invitation - but because the invitations are kept very short and the demand for membership among the designers is very high, there is this hype impression. The idea is simple: Anyone who has created a design simply takes a screenshot (maximum 400 x 300 pixels) and publishes the appropriately tagged image on Dribbble. The Dribbble community then has the opportunity to comment on the work.

Dribbble was launched in April 2010

The two developers Rich Thornett and Dan Cederholm from America are the founders of Dribbble. It started in April 2010. At that time, membership was still possible for every user. There were no access restrictions at the beginning. Then there was the restriction that new members could only be admitted via direct invites. Curious: It was precisely this limitation that caused the hype. The deliberate shortage of membership is justified by the Dribbble makers with the fact that a certain level of quality should be maintained. 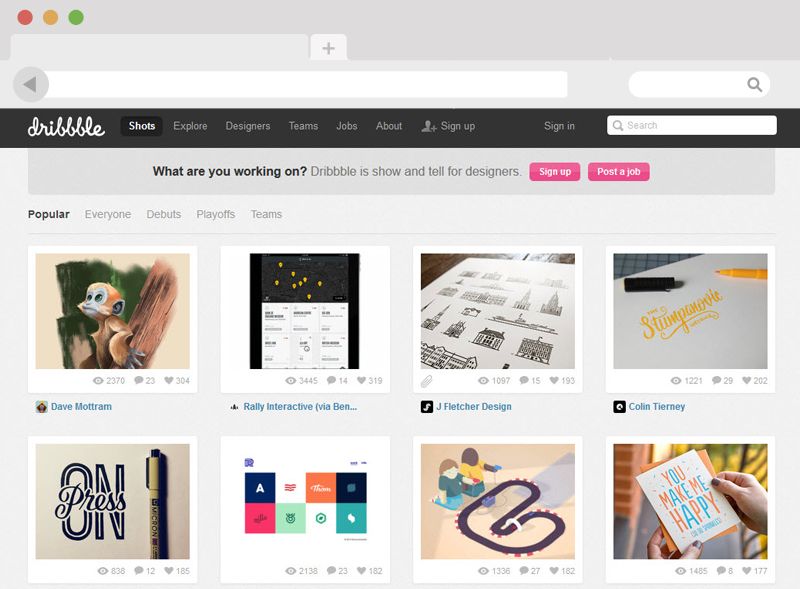 How does Dribbble work?

Whether logo, illustration, icon or an entire website - any draft can be uploaded as a screenshot and published on Dribbble. Maximum pixel size: 400 by 300. After uploading larger images, they can be cropped or reduced. Suitable tags can be assigned to the screenshot to enable it to be found quickly.

For the developer, this is the end of the work. But now it gets interesting: It's community feedback that makes Dribbble so unique. The comments allow the developer to test the success of his idea in advance and to make improvements. The discussion in the community leads to constant creative development, which is sustainably supported with Dribble's rebound function (upload of follow-up versions of the design).

As a social network, there is also the opportunity to follow certain members. This social function quickly creates networks of creative designers. You get high-quality feedback on your own developments and at the same time make comments that relate to work from your circle of friends.

A network with potential

This creative network has potential - even if the amount of social networks has now become unmanageable. Because the focus on a specific target group is that makes Dribbble distinctive. It is exciting to see in which direction the network will develop - which additional functions, for example, can still be expected. Of course, it is uncertain whether the model will also pay off economically. It is currently based solely on advertising revenue. 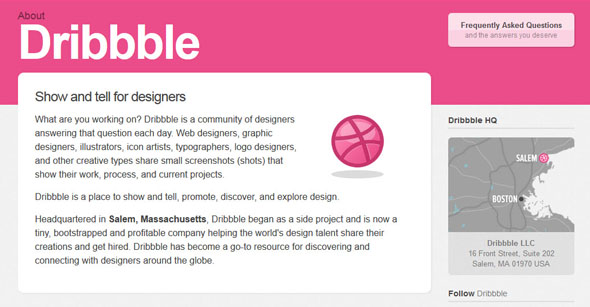