What is normality in mathematics

How normal is pi?

The third great property of pi is one of the open questions in mathematics to this day. It's about normality. A number is normal in the mathematical sense whenever all digits and blocks of digits occur in their number sequence with absolutely the same frequency, and this is distributed completely randomly. This means that none of the numbers from 0 to 9 may appear in the decimal places of Pi more or less often than another. 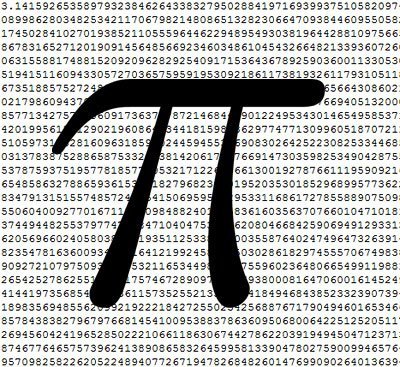 Are the decimal places of Pi really absolutely random? © MMCD

The Bible in Pi

Since the decimal places go on indefinitely, it would even be possible that all numbers or even converted letter combinations that exist in any context are contained in pi. Consistently thought through to the end, this means that theoretically all texts of the Bible or Goethe's works can be found in coded form in Pi. Freely based on the principle of monkeys tapping for infinitely long periods of time, which at some point create all of Shakespeare's works by chance. From a purely mathematical point of view, this theorem has long been clearly proven - but hardly comprehensible in practice.

To this day, nobody knows whether a meaningful message is actually hidden somewhere in Pi and whether the sequence of numbers really follows the law of normality everywhere. In 2005, the physicists Ephraim Fischbach and Shu-Ju Tu from the American Purdue University examined the first 100 million digits of Pi for their randomness. They also compared it with the results of commercially available programs for generating random numbers.

In fact, the researchers were unable to discover any hidden pattern or any other regularity in the decimal places of the circle number. Although some of the random programs performed slightly better than Pi, the conclusion was still: Pi is a good and suitable source for random numbers in any case. However, the normality of the circle number is still not proven.