What's in a smartphone?

Known to everyone and yet a technical mystery: Our smartphone accompanies us everywhere and yet only very few know what is actually under the hood. We explain to you which components and substances are built into your smartphone.

Copper, palladium, gold - a smartphone hides a small collection of raw materials from all over the world. That makes it particularly valuable and also ensures that it works at all. In total, there are around 60 different raw materials that are required for a single smartphone. Most of the device, around 56 percent, is made of plastic. A good quarter of cell phones are made of metals such as copper, iron, tin and rare earth metals. A total of around 30 different metals are required to produce a smartphone. 16 percent of the materials used are glass and ceramics, the remaining three percent are other raw materials. 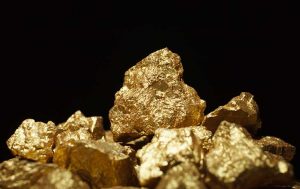 You carry your gold with you every day.

One percent of the metals used is particularly interesting. These are gold, silver, platinum, palladium, rare metals such as cobalt, gallium, iridium and tungsten and rare earth metals such as neodymium. Rare earths are extracted in mines in the Congo, for example. The working conditions of the sometimes very young miners are particularly criticized. You work every day in a life-threatening environment, often without technical aids, and it is not uncommon for you to be very young. A smartphone contains around 305 milligrams of silver, 30 milligrams of gold, and 11 milligrams of palladium. Depending on the manufacture and type of smartphone, these values ​​can of course vary.

These components are inside

The most important part of a smartphone is the processor. Processor chips are getting smaller and smaller and perform better and better. They are now being built using the 10 nanometer process. The operating system is located on the processor. While numerous manufacturers of Android smartphones rely on Qualcomm chips, for example, Apple installs its own processor. It is the same with Honor and Huawei, which use the chips from the HiSilicon Kirin series. 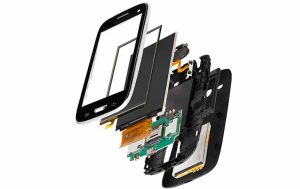 Smartphones are getting thinner and thinner, but they still have to fit into them.

The processor can only work well with a main memory, also known as random access memory, or RAM for short. As with the computer, all data are cached here that are required for use at that moment, such as user data and settings. The data in the RAM is deleted when the smartphone is switched off, as this memory requires a permanent power supply in order to store data for longer. Data that is to be stored permanently is stored in the internal memory, also known as read-only memory, or ROM for short. This is permanently installed. With many devices it is also possible to expand the storage capacity of the smartphone with a microSD card.

Another very important part is of course the display. It serves as an input tool and display. When it comes to displays, there are the currently widespread AMOLED displays and the well-known LC displays. To put it simply, the display on the LCD is made with liquid crystals, while on the AMOLED, small light-emitting diodes ensure the right colors. A touchscreen unit is required so that the display reacts to touch. Smartphones are capacitive touchscreens that do not respond to pressure, but to contact with a conductive material such as a finger. If you want to watch a film on your smartphone, you of course not only need a picture, but also sound! It comes from the speakers. So that the cell phone is also suitable for making calls, there is of course also a microphone. 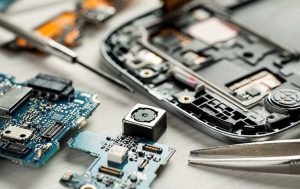 Interesting inner workings: the camera unit of a smartphone.

There are far more functions in a smartphone than in cell phones in the past. For example, every smartphone is also a camera that takes well-exposed and sharp photos. Many manufacturers use numerous small lenses, LED lights and image stabilizers for this purpose. In order for all the functions to work, the device naturally needs electricity! This comes from the lithium-ion or lithium-polymer battery. The battery takes up a lot of space in the smartphone to be able to expand while you work. It is also one of the risk factors in smartphones because it contains dangerous organic liquids that can cause fires and burn. Therefore, the battery must be examined carefully so that it is leakproof and no mistakes have been made during construction that could lead to short circuits.

Well, in addition to these many important parts that play a role when buying a smartphone, there are of course also numerous cables, sensors and antennas built into it. The latter are important for the connection to the WLAN, Bluetooth, radio network and GPS 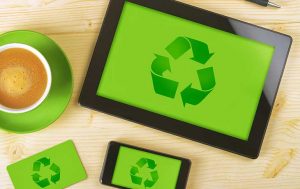 With many promotions you get money if you have your smartphone recycled.

The number of parts in a single smartphone is therefore anything but manageable and due to the high-quality raw materials that are used here, smartphones are also very valuable. Most of the raw materials are also finally available on earth and should therefore be able to be used for as long as possible. So our tip: Don't just throw away old smartphones carelessly, take them to a recycling station. There is, for example, an O2 campaign.

The mother of the counselor

What's in a smartphone? How does the internet work? What is VR? In our guide we give you advice and explain everything to do with smartphones. Much more explains the show with the mouse, the forerunner, the mother of all advisors - and has been doing so for 45 years. Not only for children, but also for adults there is always something new to learn from the laughing and non-fictional stories. We say congratulations! And if you want to watch the program with your mouse not only on TV but also on your smartphone, you can also get puzzles, games, laughs and factual stories on your smartphone with the iOS or Android app DieMaus.