What crypto currency does Genesis Mining pay out

Bitcoin mining: is the crypto boom coming to an end in Scandinavia?

Bitcoins are real power guzzlers. Depending on the estimate, the global energy requirement for mining what is by far the most successful cryptocurrencies is 67 to 121 terawatt hours (TWh). That is around half of what all data centers - for the Internet, cloud services, the entire financial sector and all cryptocurrencies - consume together. The annual consumption in Germany is a little over 500 TWh.

Therefore, Bitcoin and the entire blockchain technology on which it is based are suspected of damaging the climate. Especially since (as of April 2020) around 80 percent of the hashrate, i.e. the computing power for mining new Bitcoins, is provided in Asian countries. And none of them generate more than a quarter of their electricity from renewable sources. In addition, there is around 15 percent hashrate from Russia and the USA, which are not exactly pioneers for a decisive energy turnaround.

That is why Bitcoin mining is seen as the green way out of the dilemma in Scandinavian countries. Iceland was one of the pioneering countries. In the meantime, according to the Icelandic Blockchain Foundation eight percent of all bitcoins mined. With geothermal and hydropower, the state Landsvirkjun and other energy companies nearly 100 percent of the island's electricity. And it is so cheap that there have been considerations for years to run a submarine cable to the UK to deliver green electricity to Europe, where it is much more expensive. 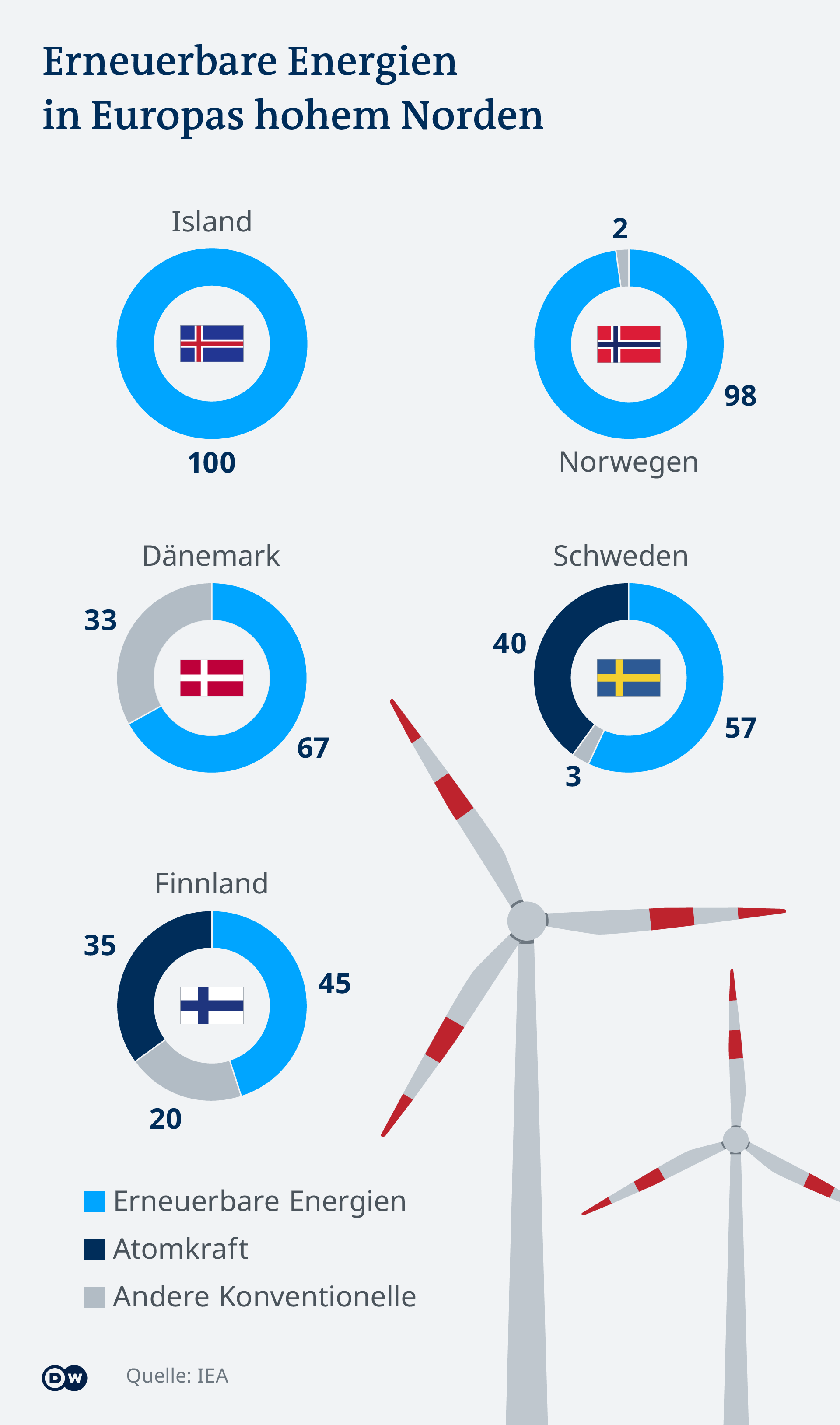 Instead, it was decided to lure energy-intensive industries and their added value to the island, including aluminum smelters and the blockchain sector. One of the first companies to build a Bitcoin mine in Iceland was in 2013 Genesis mining. One of the founders is the German Philip Salter, who is now Chief Technical Officer at the sister company Genesis Digital Assets is. Salter sums up the advantages of the island state: "There are no political or geopolitical risks, the infrastructure is very reliable and the electricity is sustainable and incredibly cheap."

In Iceland, performance is running out

In the meantime, however, the country's generation capacities are reaching their limits: "The electricity surplus could be very low in 2021 and 2022," said Landsvirkjun boss Hordur Arnarson of the Bloomberg media group. The electricity cost advantage is therefore on the brink.

In recent years, the mining industry has grown much faster elsewhere. And so Iceland’s share of world production has fallen below two or even below one percent, depending on the survey. Mining pioneer Salter says he can well understand that the Icelanders don't want to sacrifice their unique nature at the moment. There are also alternatives. 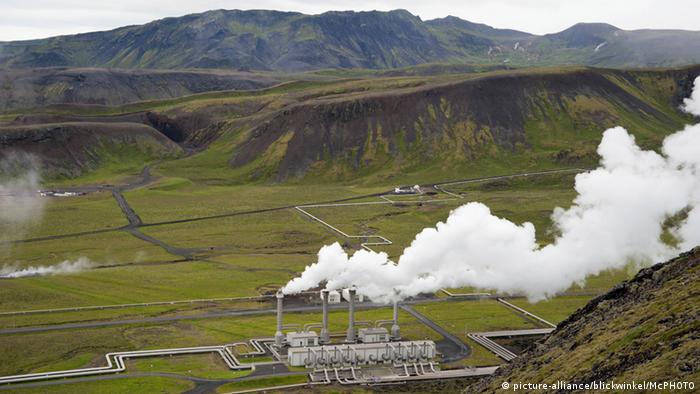 The Scandinavian mainland is also a popular location for mining companies. Norway has already overtaken the Icelanders on hashrate. Salter assumes that Sweden also has what it takes to become a hotspot for Bitcoin miners: "Especially in the north of the country, where we also operate a mining farm, the conditions are comparable to those in Iceland."

Does Scandinavia have a similar fate?

Renewable energies are available in Scandinavia in such large quantities that some countries hardly know what to do with the electricity: "Under average weather conditions, the Nordic countries have an expected oversupply of almost 30 terawatt hours this year," says Olav Johan Botnen, energy analyst at the Norwegian Market research company Volue Insight.

However, the demand for electricity from heavy industry is also growing there - especially for the production of "green steel": instead of coal, the pig iron is processed into steel with renewable electricity and green hydrogen. The sustainable hydrogen, in turn, is also obtained from water with the help of renewable electricity. The electricity demand is correspondingly high.

Two consortia have big plans in northern Sweden: In the small town of Boden, which is also home to the Genesis Bitcoin mine, and in the nearby port city of Luleå, two huge plants are to be built by the end of the decade. The 15 TWh of electricity that the hydropower plants already generate annually and the ten TWh that the soon-to-be-largest onshore wind farm in Europe is supposed to generate there will probably not be enough to completely cover the demand. In the medium term, the mining group LKAB wants to expand its sustainable sponge iron production in Sweden to an output of 55 TWh per year. Again in comparison: Worldwide Bitcoin mining currently consumes around 100 TWh, all of Sweden 135 TWh.

The Nordic countries want to further expand their renewable electricity production. But at best, it is as problem-free as before in northern Sweden and Finland, says energy analyst Botnen, in the more densely populated south of the countries, as well as in Norway and Denmark, space is now scarce and therefore more expensive. 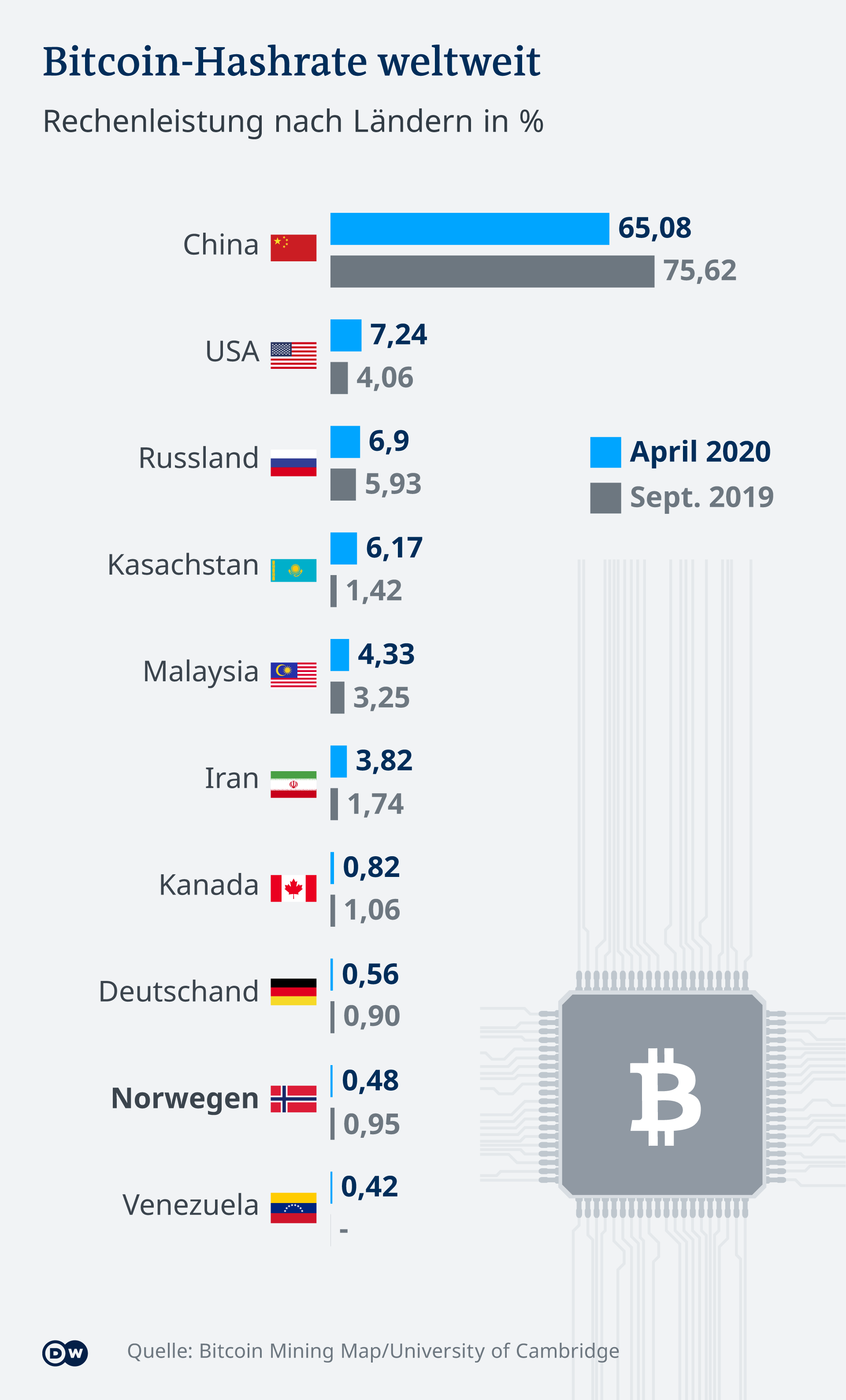 Added to this is the increasing integration of the northern and central European electricity markets: several submarine cables have long been connecting Scandinavia with the Netherlands, Poland and Great Britain. The submarine cable NordLink has been connecting Norway with Germany since December 2020, and further such connections are planned: "This will bring the electricity prices in Northern and Central Europe closer," says Botnen. For the Scandinavians, that means: it will be more expensive.

The energy analyst expects electricity prices to rise by around 50 percent to 40 to 50 euros per megawatt hour on the spot markets over the course of the decade. "With long-term contracts, industrial customers in northern Sweden should still be able to secure the old prices until the mid-2030s," believes Botnen.

Philip Salter remains confident that Sweden will remain an attractive location for Bitcoin miners. Nevertheless, it is questionable to what extent the Scandinavian countries are actually making Bitcoin and other crypto currencies greener. According to figures from the University of Cambridge, the blockchain industry in all five countries accounts for around one percent of the global hashrate.

Mining expert Salter sees the problem from the other side: "I believe that our industry is even promoting the expansion of renewable energies - and not only in Scandinavia, but also in developing countries."

This is supported by the fact that wind and solar power plants are the cheapest power sources that can be installed today. And some of the best locations are in developing countries. But it is also true that Bitcoin mining increases the demand for electricity. And before no more renewable electricity is generated, Bitcoin and Co are mined with fossil energy.