What is language and examples

You have probably already noticed that there are different "types" of German, the so-called "language varieties".

The language in newspaper articles or in class is different from the language you use during breaks, in chat messages or on blogs.
A distinction is essentially made between the so-called "Standard language" and the "Colloquial language". 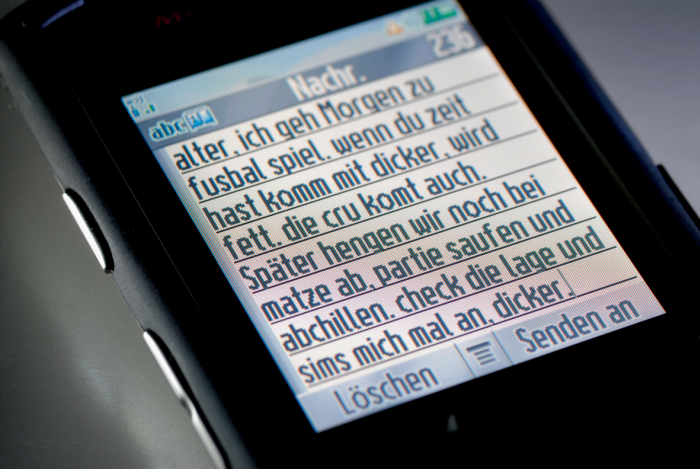 Standard language is a generally binding form of language, the in the public is spoken and written.

Standard language is also called high-level language or high-level German.
It should be used in school, at work, and in written communication.

Colloquial language, on the other hand, is a form of language that is primarily oral and in the private environment, i.e. with friends or family.

But colloquial language is sometimes also in written form, e.g. B. in communication via the new media (Internet, mobile phone), but also in literature, z. B. in youth books.

A language that only in a specific region is spoken and is quite different from the standard language is called dialect: for example Bavarian, Saxon, Kölsch.
Dialects are often spoken by older people and are used differently from region to region. 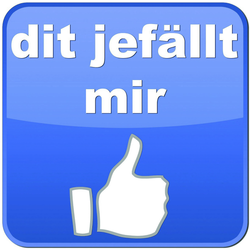 A form of language that only between teenagers is used.
It contains its own terms and idioms that adults may not necessarily understand.
As the speakers get older, they discard most of the youth language words. 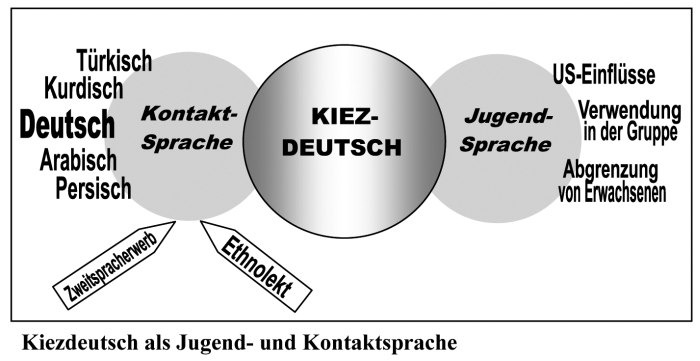 Use of language forms

For official events, for example at job interviews or at work, you use the Standard language.
School essays, cover letters and e-mails that are not sent to friends should also be written in the standard language.

Sometimes the different forms of language interlock in such a way that one cannot make any clear distinctions.

Colloquial language = v. a. verbally and in private

teenage slang = language spoken among adolescents in contrast to adults

Neighborhood German = v. a. in large cities from several influences, such as B. Turkish and Arabic, resulting