Anyone planning a vacation in Norway or even wanting to emigrate to the Scandinavian country will sooner or later be confronted with the peculiarities of the Norwegian people. We'll tell you what is typically Norwegian and give you tips on how to make yourself really popular with Norwegians. 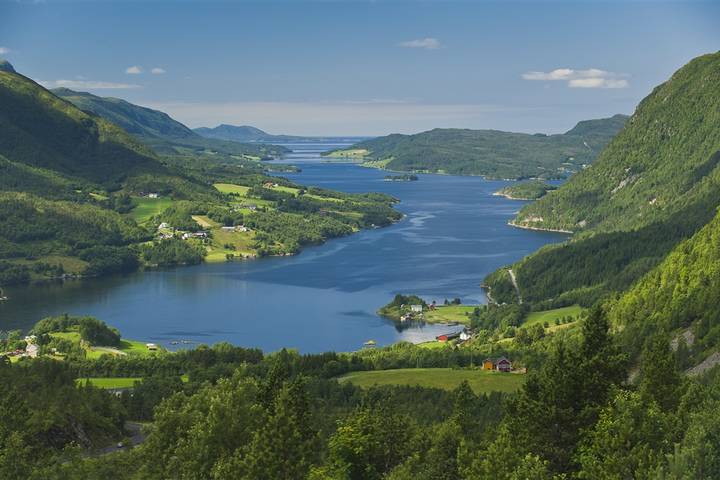 The Norwegians are very close to nature (CH / www.visitnorway.com)

To you and you with the Prime Minister

In Norway everyone, from the homeless to the prime minister, is on terms with the exception of the royal family. It is common practice to address each other by their first name, but the Norwegian initially maintains a certain distance from strangers.

Most Norwegians own one or more weekend cabins, in the mountains or by the water. Many people go there over the weekend for hiking, fishing, sailing or skiing in winter. Many huts have neither electricity nor running water.

Working in Norway: No meeting after four

Working in Norway has a different status than in Germany. Many see their job only as a source of income to finance their leisure activities. No Norwegian will ask you about your job first, but rather what you have done or are planning on the weekend.

Flat hierarchies prevail in Norwegian companies (see Janteloven below). Very important: Scheduling a meeting after 4 p.m. is not a good idea. A punctual end of work is sacred to the Norwegians! While people tend to wear casual clothes in everyday life and at work, the Norwegian likes to appear at private parties in an evening dress or in a suit with a tie.

Janteloven - everyone is the same

The term Janteloven (to German Jante Law) describes a code of conduct about how Norwegians treat one another. It is not desirable to think of yourself as better or smarter than others. Anyone who likes to be the center of attention is quickly frowned upon as a show-off.

Janteloven was developed by the Danish-Norwegian author Aksel Sandemose in his novel "A refugee crosses his track" (in the original "En flyktning krysser sitt spor") from 1933.

The right of everyone in Norway

The Everyman's Right (Norwegian: allemannsrett) allows free movement in nature. In Norway, private roads can be crossed or you can camp anywhere (important: keep a certain distance from houses and after two days you should move on). So there are no private beaches or private lakes in Norway.

Norway and the alcohol

Alcohol is exorbitantly expensive in Norway. To buy hard liquor you have to go to the wine monopoly, which is subordinate to the state. Norwegians who live near the Swedish border also like to stock up on various spirits when shopping in the neighboring country.

This border trade is also known as »harrytur« (harry means chubby, vulgar). Ferry trips to Denmark (Oslo – Copenhagen) are also organized, known as »Danskebåten«, on which the alcohol flows freely.

Typically Norwegian: Many Norwegians also like to make their schnapps at home (hjemmebrent). Incidentally, people in Norway drink much less pure alcohol than in Germany. But when the Norwegian drinks alcohol, it is right ...

Mainly better than Sweden and Denmark

Norway has a healthy rivalry with Swedes and Danes. Similar to the one in Germany with Holland or Austria. This is due to the common historical past of the three countries (the history of Norway).

Especially in sport it is important to defeat the neighboring countries. Losing to Sweden in winter sports is actually unthinkable for a Norwegian. Then people quickly look for lazy excuses ...

Tips for your trip to Norway

In addition, there are many other things that are “typically Norwegian”: whaling, rejection of the EU, disposable barbecues, waste of energy, fjords, national pride, etc ... If you want to read more about it, we recommend the book »Fool Guide Norway: Im Slalom durch den Moral Parcours of the Far North «by the author Julia Fellinger.