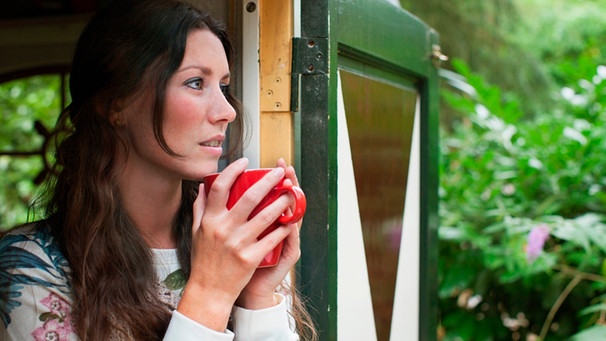 The first assessment: Ceramic cups are very often reusable and for that reason alone are probably more environmentally friendly. However, they are also heavier and require more energy to produce, and of course, due to their higher weight, more fuel for transport, for example from the factory to the retailer. In addition, there is the consumption of water and detergent when washing the dishes.

In comparison, a typical plastic cup only weighs a few grams - this has a positive effect on transport and later disposal. Recycling is also comparatively straightforward. Paper cups are similarly lightweight, but their production requires wood. There is also a special inner coating made of plastic. This in turn usually makes recycling more difficult.

Only when ceramic cups are used over and over again for years - between 500 and 3,000 times (according to a study by TNO, a Dutch organization for applied science) do their environmental impact begin to neutralize.

In an independent study, TNO determined the environmental impact of the disposable / reusable alternative based on the principle of ecological "shadow costs" that arise, for example, during manufacture or disposal.

All in all, disposable cups are actually around 20 percent ahead of ceramic cups or mugs in the overall ecological balance. BUT: It just depends on the use of the individual. The less ceramic dishes are washed, the more favorable their ecological balance is - more precisely, after they have been used 5 times without washing, reusable cups begin to be more environmentally friendly.

The same applies, of course, to disposable cups: Repeated use can further improve their ecological balance. Ultimately, however, we have to ask ourselves where our priorities are. Do we want to save the petroleum that the production of plastic requires? Or is it rather energy and water over the entire life cycle?

When it comes to mug in the company, you may not have a choice. You have to take what comes out of the machine. And yet: You can make a difference! Remember to use plastic cups multiple times - especially if you are only drinking water.

The question is also whether used cups will be recycled or burned to generate energy.

Paper cups, on the other hand, usually end up on the landfill, because the inner coating makes recycling difficult. But they can of course also usually be used several times.

In 2012, the food company Danone tried to advertise a new, allegedly “more environmentally friendly” yogurt pot. The “Activia” yoghurt cups made of polylactic acid (PLA) are made on the basis of corn.

A life cycle assessment commissioned by Danone at the IFEU Institute (Institute for Energy and Environmental Research) in Heidelberg seems to confirm this. It compares the old plastic cup made of polystyrene, a conventional plastic made from petroleum, with the new PLA cup. The environmental impact is examined. From the cultivation of the maize to production and disposal, all steps are included in the balance sheet. The advantages of the new PLA cup are that it conserves fossil resources. When switching to PLA as packaging material, the consumption of fossil resources is reduced by 43 percent. It also causes 25 percent fewer climate-damaging CO2 emissions.

The reaction was prompt. The Deutsche Umwelthilfe (DUH) criticized the fact that Danone puts these environmental advantages in the foreground, but not all those ecological disadvantages which, when viewed as a whole, cancel out the environmental advantages. The use of pesticides and fertilizers in the cultivation of raw materials even results in higher environmental pollution than in the conventional production of plastics based on petroleum.

Danone had to give up in court and in a settlement refrained from promoting the PLA cup as "more environmentally friendly" in the future.

The ceramic cup is the most environmentally friendly of all coffee drinking containers, even if production and sales are more complex than plastic or paper cups. If it doesn't fall off the first time you use it, a ceramic mug can be used a few thousand times.

The less often you wash off, the better. Rinsing with a little water is often sufficient. Because we can all improve the ecological balance of objects that we use every day.