Are shrines acceptable in Islam

"I am the Islamist, I am the Antichrist," they sing. "Taqwacore - The Birth of Punk Islam", presented at the documentary film festival "Dok Leipzig", is a film about a punk band that calls themselves Islamist. More rebellion is not really possible. "Anyone who wants to understand us will see that in the midst of this so-called war of cultures we are stretching our middle finger in both directions," says the inventor of the Taqwacore, Michael Muhammad Knight. From an Irish Catholic family, converted to fundamentalist Islam with Saudi characteristics at the age of 16 and eventually got into punk. And now he wants to be both. "There is a cool Islam, you just have to find it. You have to go through everything else first, but it exists."

Cellar bar in the evening, prayer rug in the morning 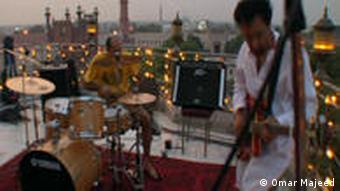 Taqwacore: A penchant for self-presentation

Taqwacores - from Arabic "taqwa", pious, and "hardcore", that's the name given to the Muslim punks who have come together in Boston. In the evening there is rocking in basement bars, in the morning at five the whole band is on the prayer rug. The film tells the story of young people who solve their dilemma as radically as possible, fast and in great pictures.

Filmmaker Omar Majeed, himself a Canadian of Pakistani descent, clearly suits her tendency towards self-staging. The band tours the USA in a rocky green bus and enjoys the attention it attracts. And of course one or the other provocative saying is part of it, for example when they warn a mechanic to conscientiously repair the engine. "We don't want the bus to explode before we want it to explode," says one.

"No singing by women"

The highlight of the tour is an appearance at the Islamic Convention in Chicago, the largest gathering of Muslims in America. There is an open stage there for young Islamic artists. When the Islam punks performed there, the audience, especially young girls in headscarves, didn't really know what to think of it. The viewers are undecided whether they should like the performance. Finally, they carefully begin to rock along to the music.

When the Pakistani-Canadian drag king Sena Hussain, a woman who slips into the role of a man, steps onto the stage, it's all over. The stewardship frees the audience from their conflict of conscience by breaking up the concert. It was announced at the conference that any form of Islam is acceptable as long as it does not encourage violence. In the words of the organizer, it sounds different. "I told them: No female singers, no dance. The performance must be Islamically appropriate," one of the organizers justified the ban. "It's not my opinion that women shouldn't sing. It's our policy." 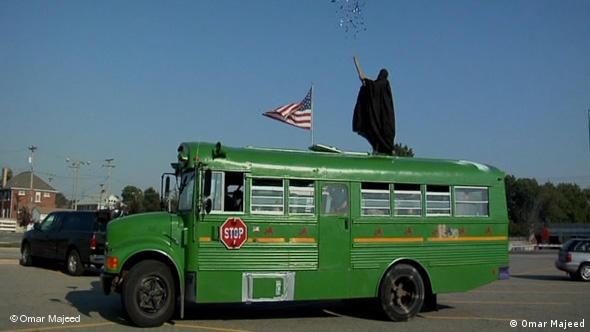 Self-discovery at the Sufi shrine

Of course, a guitar breaks, if not in the turmoil, but in front of the congress center, conscientiously smashed on the asphalt. And that would actually make the punk story perfect. But then the protagonists are drawn to the focus of the conflict between the West and Islam. They travel to Pakistan, visit a Sufi shrine and discover that music and Islam somehow go together. They take part in self-flagellation and smoke weed for a few weeks. It just doesn't work out properly with appearances. Here the film loses the pace that characterizes the first half. The savages become thoughtful and suddenly it becomes clear that it's not all fun to stand between all cultures.

The self-confident rebels suddenly become insecure and also more cautious about their provocations. At the end they play a concert and somehow get poor young people in caftans and the young urban chiceria to rock out together. They do without the religious provocations of their USA appearances. Instead, they abuse George W. Bush on stage, which is really not a provocation in Pakistan. The best way to rebel is at home.